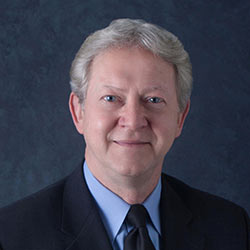 Leonard Kniffel
Leonard Kniffel is the author of A Polish Son in the Motherland: An American’s Journey Home (Texas A&M University Press, 2005). He is currently President of the all-volunteer Polish American Librarians Association and a member of the Board of Directors of the Polish Musuem of America in Chicago. He was editor and publisher of American Libraries, the magazine of the American Library Association, until 2011, and creator and publisher of @ your library, the American Library Association’s former public awareness website, which was funded by Carnegie Corporation of New York and supported by Disney Book Group and the ALA’s “Library Champions.” His other books are Reading with the Stars: A Celebration of Books and Libraries (ALA Editions/Skyhorse Publishing, 2011) and Musicals on the Silver Screen: A Guide to the Must-See Movie Musicals (Huron Street Press, 2013). He is at work on a second travel memoir about Poland and France, a second edition of Musicals on the Silver Screen, and a fictionalized memoir about growing with a Polish grandmother, Busia.

Your ticket for the: Leonard Kniffel