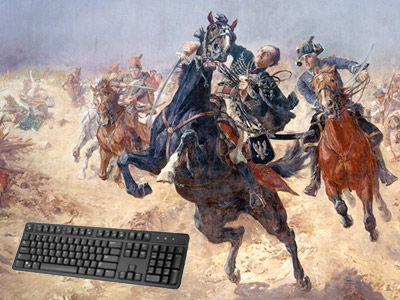 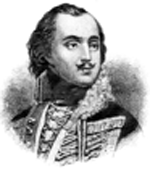 “I came here, where freedom is being defended, to serve it, and to live or die for it.”

CHICAGO, IL -- Celebrate Pulaski Day virtually with the Polish Museum of America (PMA) on Monday, March 1, 2021. Top officials from national, state, county, and city governments and leaders of Polonian organizations and institutions will observe the State of Illinois annual recognition of the Polish American community by honoring the Revolutionary War hero Casimir Pulaski. The program will feature performances by Mirosława Sojka-Topór, Bartłomiej Ciężobka, Polonia Polish Folk Song & Dance Ensemble, and Tatra Mountains Cultural Foundation Ensemble, along with filmed presentations, and conclude with the traditional wreath-laying ceremony at Stanislaw Batowski’s painting of Pulaski at Savannah. The program begins promptly at 10 a.m. and will be streamed live on the PMA website: www.PolishMuseumOfAmerica.org

In 1977, Illinois made Casimir Pulaski Day an official state holiday. Join friends and supporters of the PMA as your representatives in government celebrate the commitment of Polish Americans to liberty and justice for all in the United States of America.

“I came here, where freedom is being defended, to serve it, and to live or die for it.”

Your ticket for: Virtual Pulaski Day