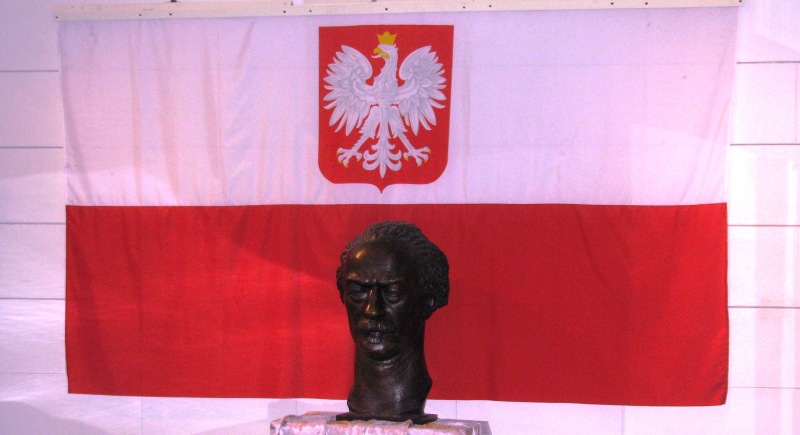 Upon his death, Paderewski expressed his wish for his remains to be buried in a “free and independent” Poland. When he died on June 29, 1941 in the midst of World War II, this was unfortunately not an option. President Roosevelt ordered the body to be “temporarily” interred at Arlington National Cemetery. There was an elaborate procession to the cathedral for the funeral mass, followed by another procession to Grand Central Station. Many thousands of mourners came to view these processions, including a young Edward L. Rowny, taken there by his father, who was an avid fan of Paderewski. After witnessing such an event, the younger Rowny was inspired by Paderewski and his work. Following the ceremonies at the National Cemetery, the casket was interred in the lower portion of the U.S.S. Maine memorial. The Polish flag covering the casket was carefully stored, to be used again when the Paderewski’s remains could finally be returned to a free and independent Poland.

Many decades later, General Edward L. Rowny was appointed U.S. Ambassador to Poland and worked to have Paderewski’s remains repatriated. Paderewski’s original wish was fulfilled on July 5, 1992, with the original 1941 Polish flag once again used to drape the casket. His remains were placed in a crypt below St. John’s Cathedral in Warsaw. In recognition of his work, the Polish Government presented Rowny with the original flag. At the 120th Anniversary Mass of the Polish Roman Catholic Union on May 23, 1993, Rowny presented the flag to Paderewski’s second cousin, Clarence Paderewski. He, in turn, presented it to Edward G. Dykla, Chairman of the Board of the Polish Museum. Chairman Dykla said of the gift, “I accept this flag on behalf of American Polonia.”

Your ticket for: Paderewski’s Flag