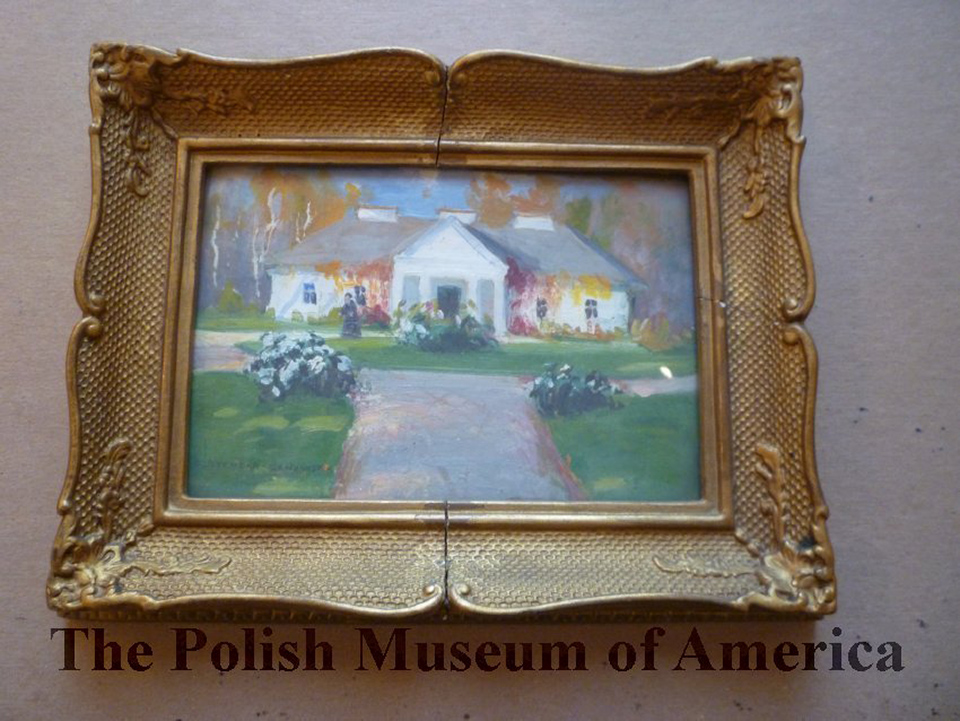 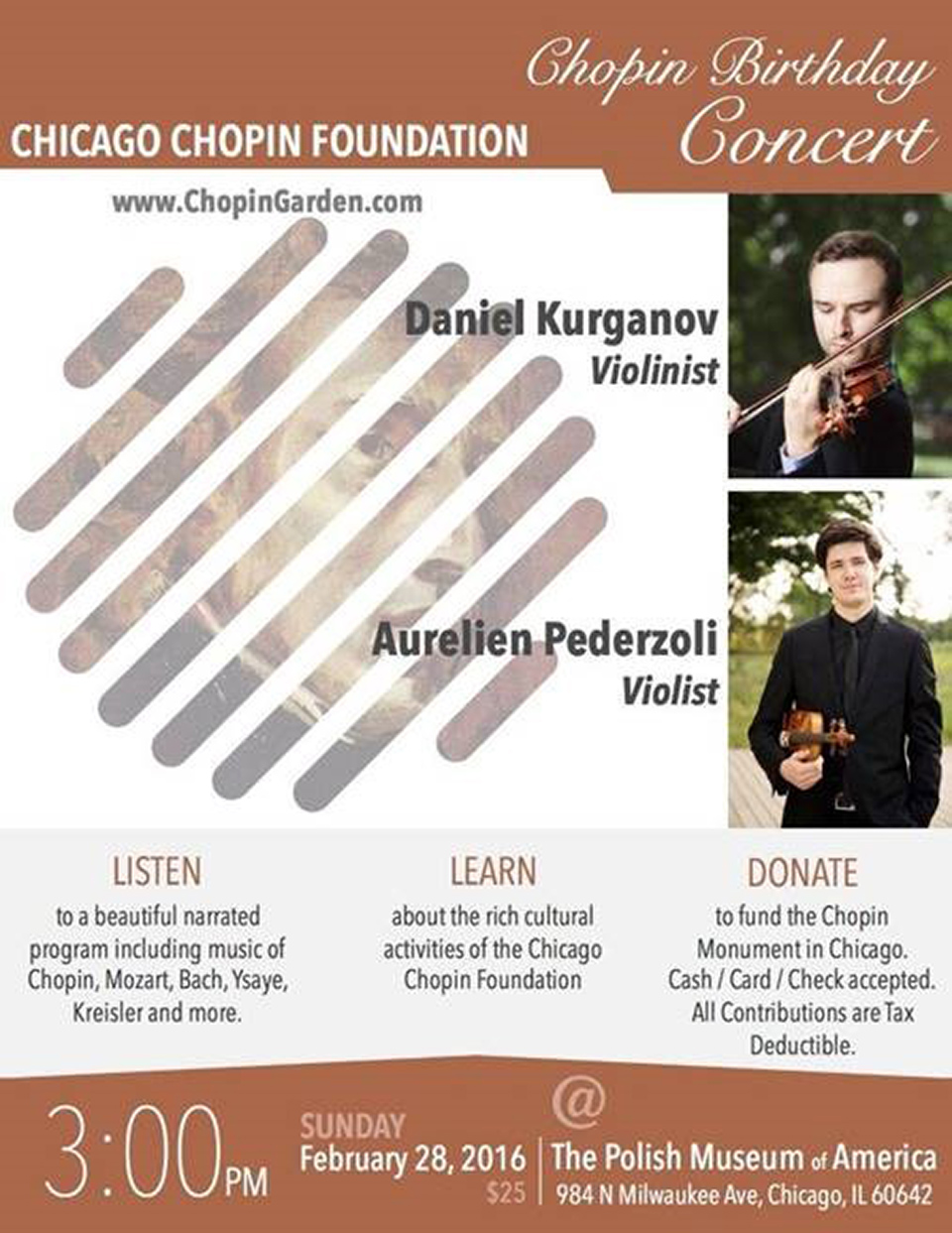 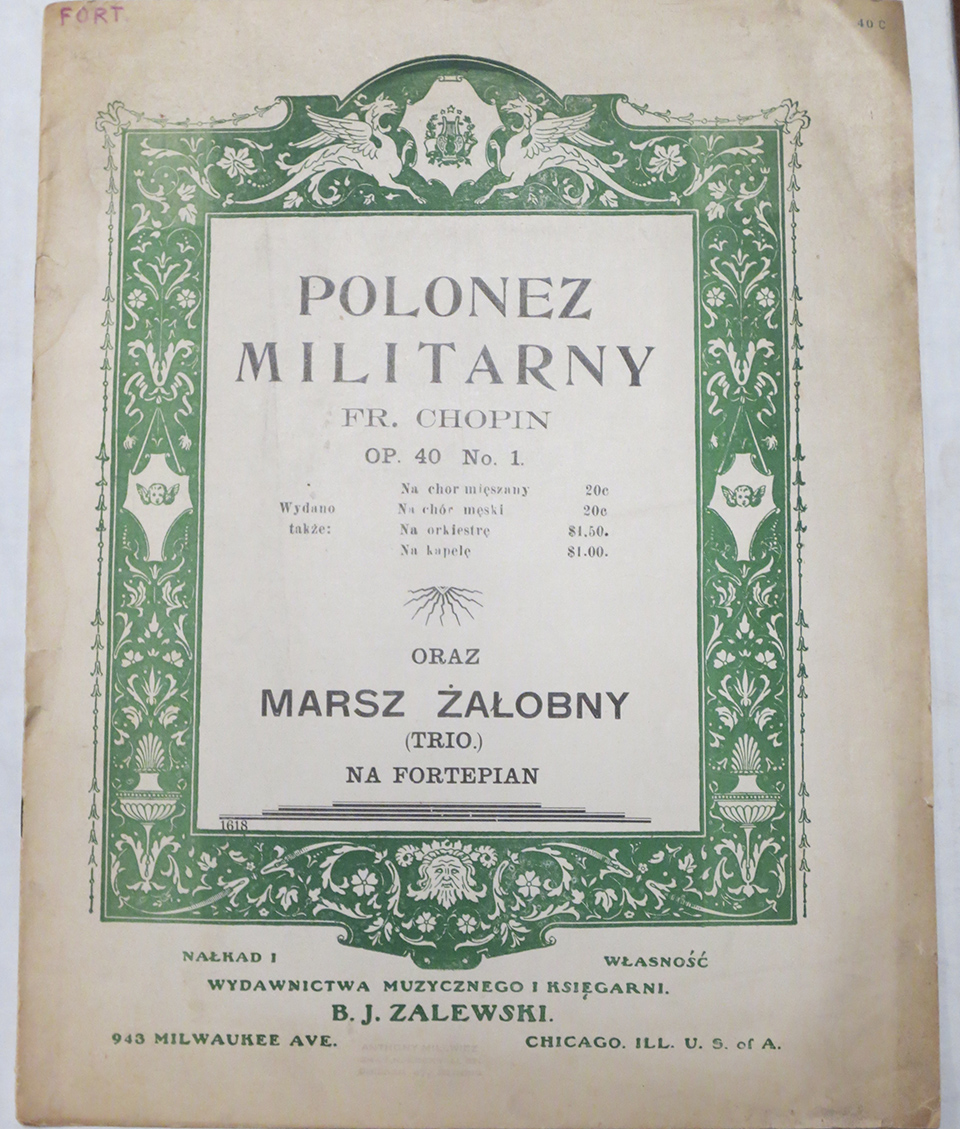 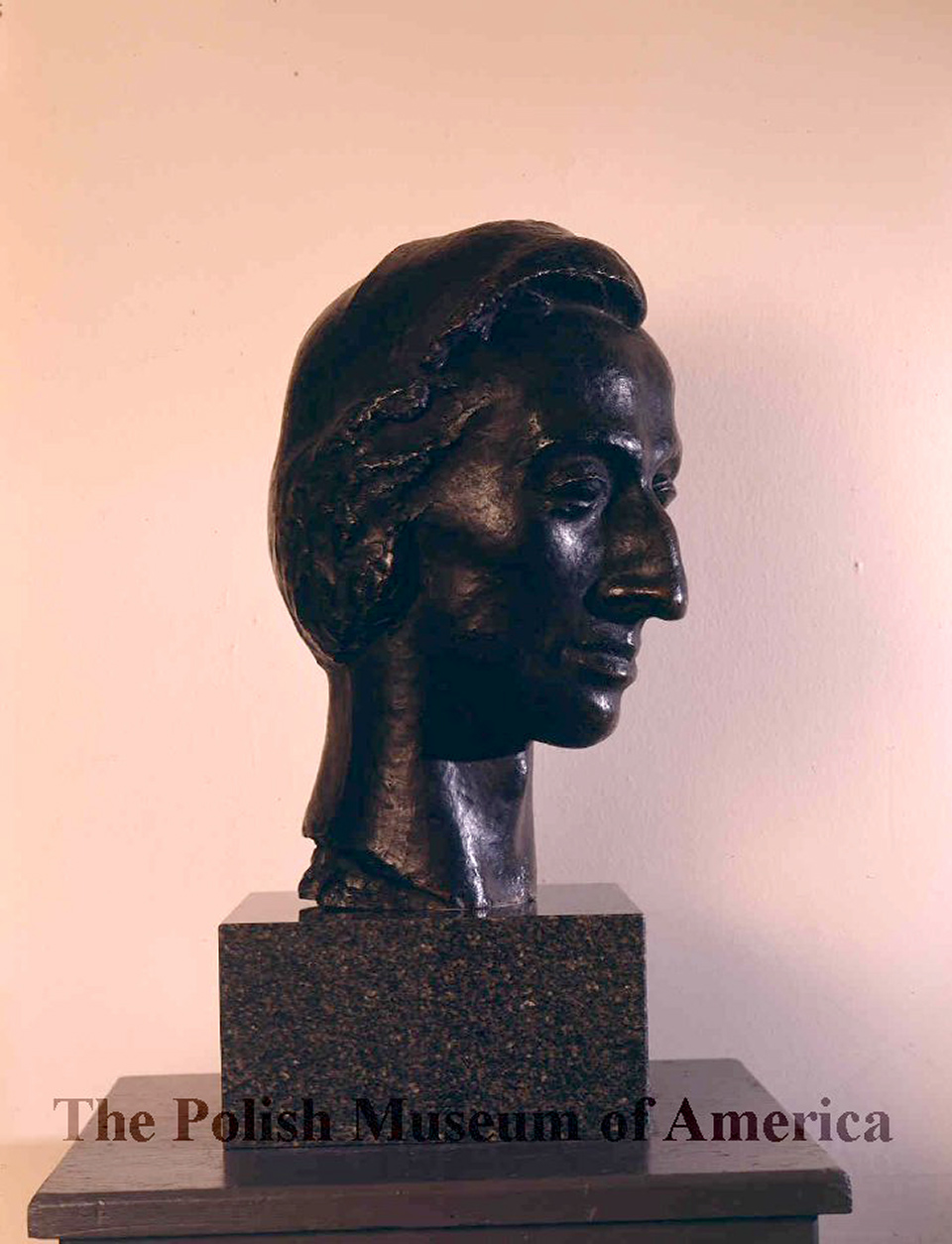 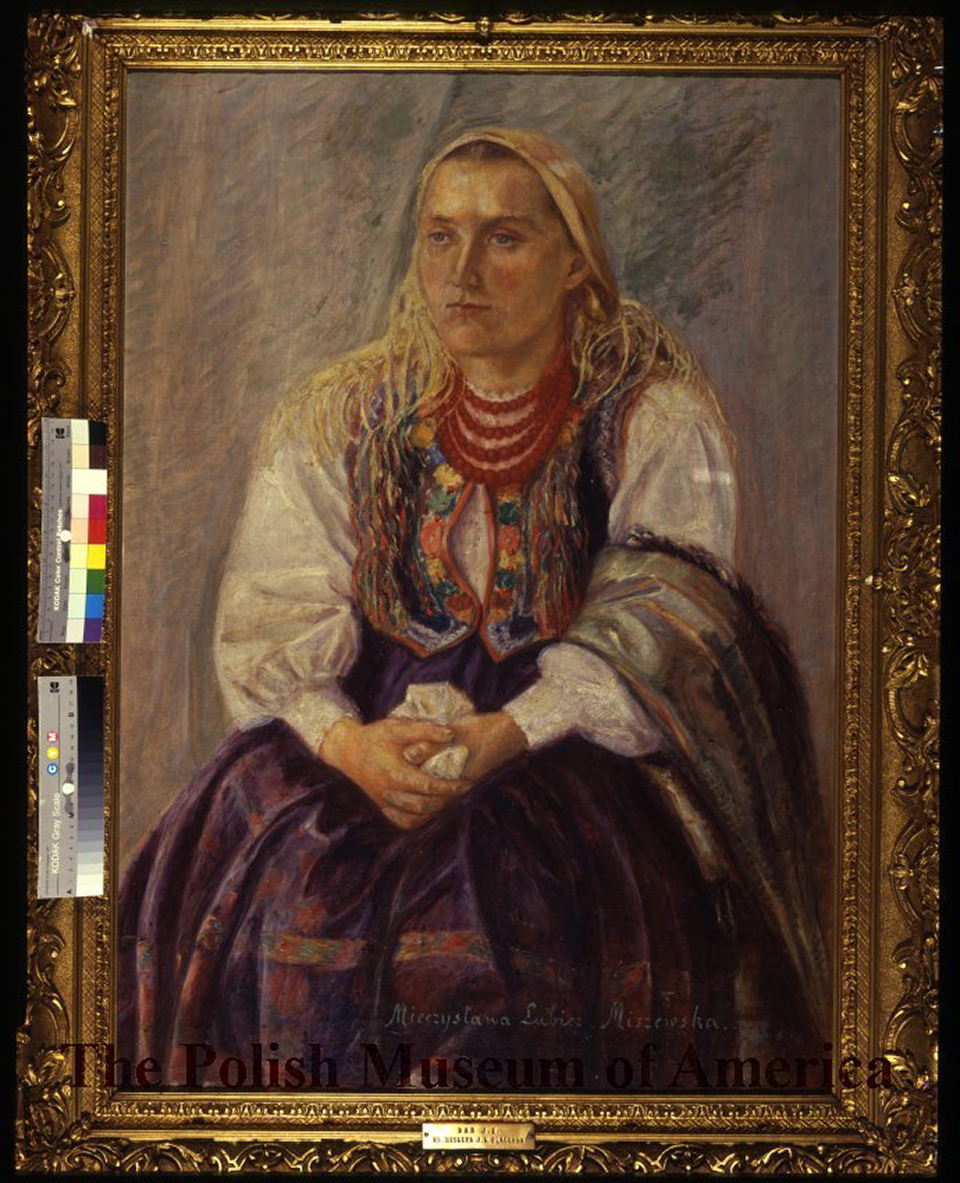 Today October 21 the classical music world will turn its eyes and ears to Warsaw, Poland where the 18 International Fryderyk Chopin Competition culminates with the Grand Performances by the finalists-winners of this most famous Chopin event in the world.

After 3 grueling stages (2 weeks) of live sessions by 87 musicians, the jury selected Bruce Liu from Canada-1st Prize, Alex Gadijev of Italy and Kyohei Sorito of Japan exe quo 2nd Prize ,Martin Garcia-Garcia of Spain-3rd Prize and Jakub Kuszlik from Poland-4th Prize. This renowned Chopin Competition is held every 4 years in Warsaw, in October the month of Chopin's death. Fryderyk Chopin was born March 1, 1810 in Zelazowa Wola Manor, Poland and died Oct. 17, 1849 in Paris, France. Fryderyk was 8 yrs. old when he first performed in public at the Radziwill and Governors' (pol. Namiestnikowski) Palaces in Warsaw. His parents were both musically inclined. He grew up in a household atmosphere of Bach, Mozart and historical songs. Fryderyk and the sons of his fathers' boarders, as children, would gather and read and discuss events from Polish history like the death of Polish king Wladyslaw III, hetman Zolkiewski in his famous battles, and Fryderyk would play all these emotions and excitement on the piano. He started his studies with renowned Polish composer Jozef Elsner in 1822 and graduated from the Warsaw Lycee in 1826. He composed his first polonaises at 17. From 1826 to 1829 Fryderyk studied composition. He spent his family summer vacations in countryside of Mazowsze and Kujawy- a dreamy folklore-filled place called Szafarnia. It is here that young Chopin learned and came to love Polish folk music and folk dances, their originality, and creativity. These traditional melodies would become the standards that imbued Chopin's Mazurkas, Waltzes which are alive and pulsate with harmonic modulations. After completing his studies at the Warsaw Conservatory, Chopin debuted in Vienna. On tour in Austria, heading for Italy, Chopin found out that the November Polish Uprising erupted to drive out the ruthless Russians who together with the Austrian and Prussian Empires occupied and later partitioned Poland. His first impulse was to return immediately to Warsaw where many of his closest friends were fighting the Russians. He was stopped by aides. It was a decision that haunted Chopin for the rest of his life. In fact, his subsequent compositions like the Revolutionary Étude (1831) poignantly echoed his intrinsic patriotism, sorrow but yet hope at the fate of his fellow countrymen. In Paris where he lived until his death of tuberculosis in 1849, he taught piano and composed his second Concerto in F minor and many other works. He was influenced by operatic arias of the time, but he did not copy them. Instead, he stylized melody. His ornamentation is not an add-on to the melodic line, it is indispensable. Chopin's melodic substance and decoration are indistinguishable. His close friends included painter Delacroix, composers Liszt, Mendelsohn, Polish epic poet/writer Mickiewicz who inspired his Ballades. Did You know that Chicago is home to world-famous Chicago Orchestra Hall on the Mag Mile in Downtown which hosted Chopin legends like Artur Rubinstein, to the "Chopin in the City" annual music festival, Frederick Chopin Elementary Fine and Performing Arts Magnet school! But it is in Warsaw where, as Chopin desired, his heart is enshrined in the Basilica of the Holy Cross, just feet away from where he lived and studied.
Beatrix Czerkawski

Your ticket for: Fryderyk Chopin