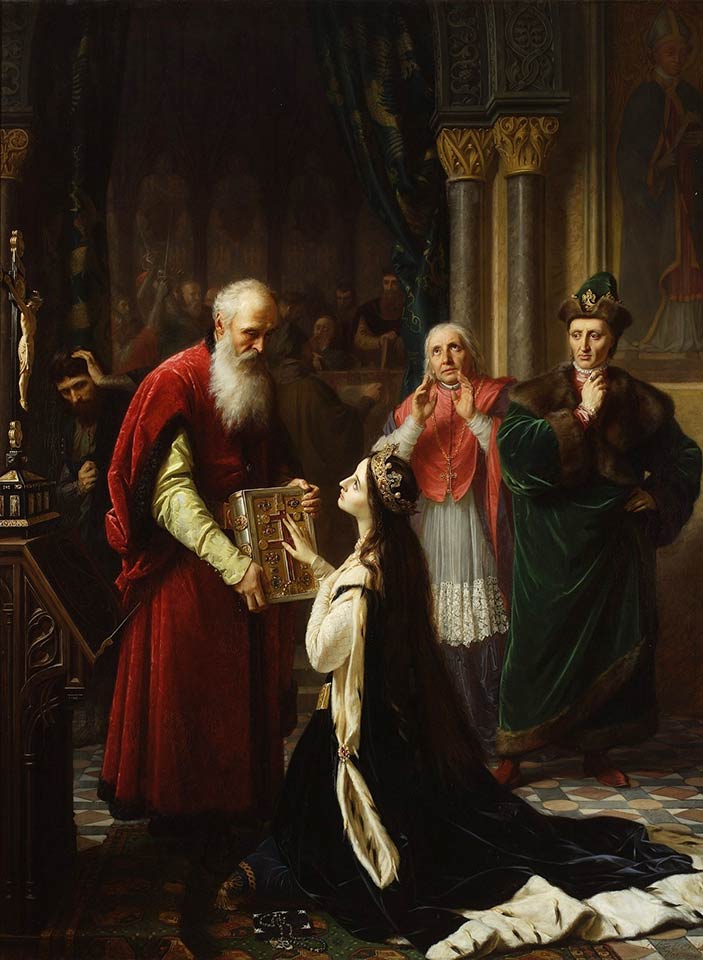 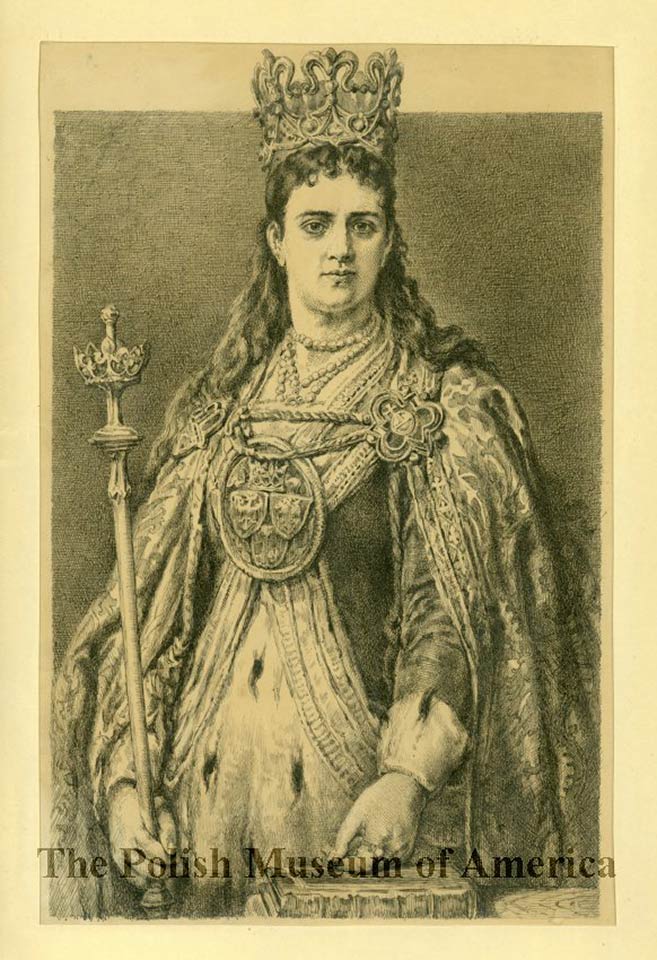 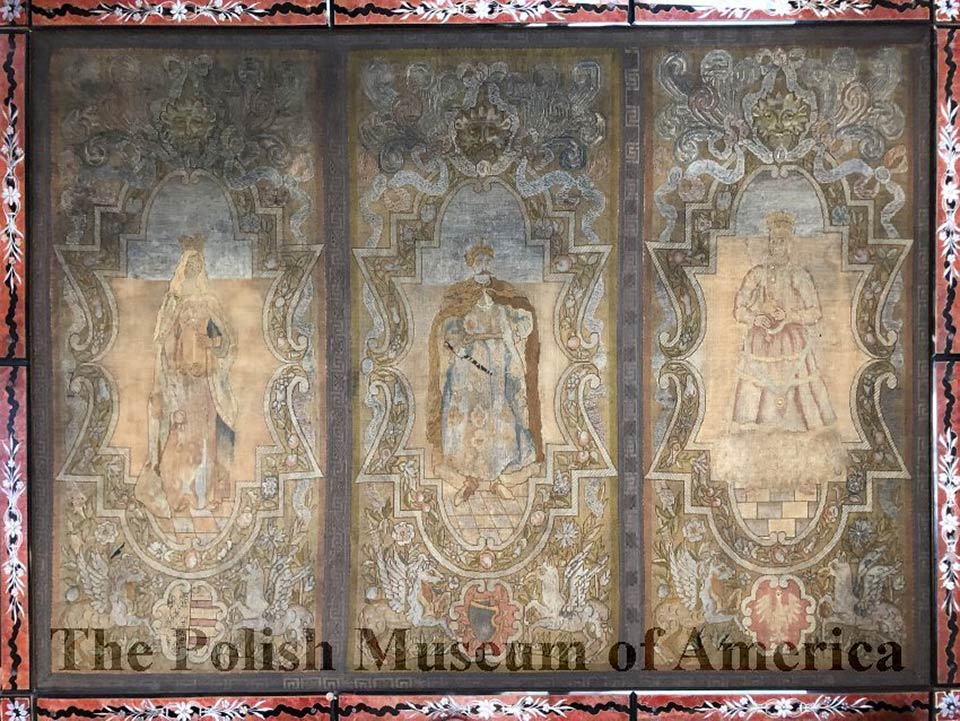 June 8 - we fondly recognize Polish monarch and saint-Queen Jadwiga whose liturgical feast day was determined for this day by her native Pole-Pope St.

John Paul II in 1997 following her canonization in Krakow. She was the first female to be crowned king of Poland and reigned from Oct. 16, 1384 until July 17, 1399. She was the daughter of Louis the Great King of Hungary and Poland and his wife Elizabeth of Bosnia. In exchange for the Polish Queen's hand, Jogaila, Grand Duke of Lithuania signed the Union of Krewo, converting with his homeland, Lithuania, to Christianity. Their marriage promulgated the Polish-Lithuanian union, one of the strongest and certainly, geographically speaking, largest commonwealths in European history. Queen Jadwiga was a skilled and fearless negotiator and bold leader. She led peace talks with Teutonic knight leadership-buying precious time for King Jagiello's near future defensive military campaign. She headed 2 expeditions, significant for the Polish kingdom's security: to Red Ruthenia and Wolhynia. She also understood the importance of education and restored the Academy of Krakow (est. by King Casimir the Great in 1364). She was blessed with a daughter, in July 1399. Bonifacia died 3 wks after birth, by her mother. Scholars from the 15 c. wrote that Jadwiga was beloved by the poor of her kingdom, she sponsored religious congregations, hospitals and schools. She was commonly regarded as a spiritual mother to Poland's poor, and abandoned. Queen Jadwiga's will stipulated that the queen's jewellery would in part pay for her Jagiellonian University refurbishment and expansion. Upon her order religious hymns were sung in the vernacular-in Polish. She was a daily mass attendant and You can, even today, marvel at the 14 c. medieval "Black crucifix" still in place at Wawel Castle Cathedral that belonged to Jadwiga. Please visit our Museum in person-to discover our history star-studded exhibits!

Your ticket for: Queen Jadwiga