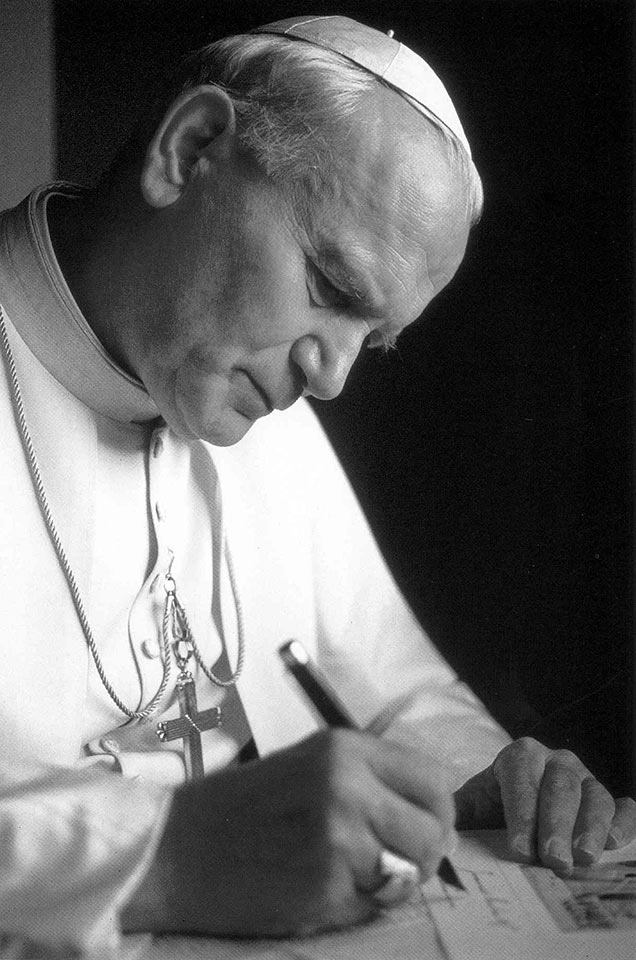 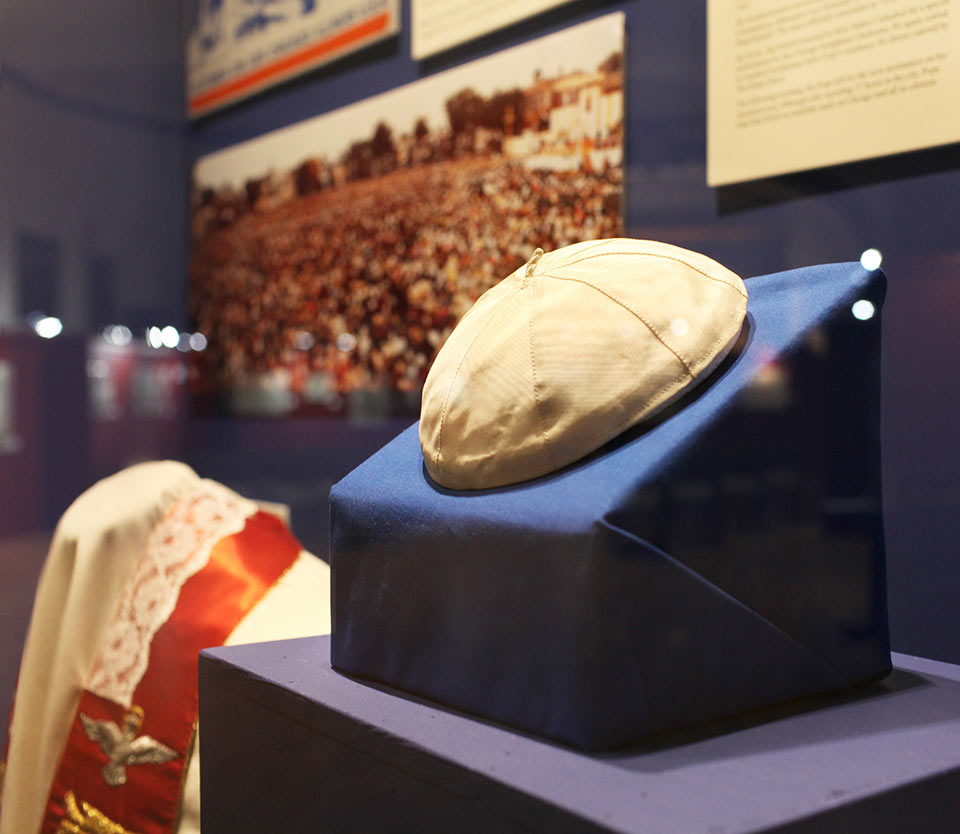 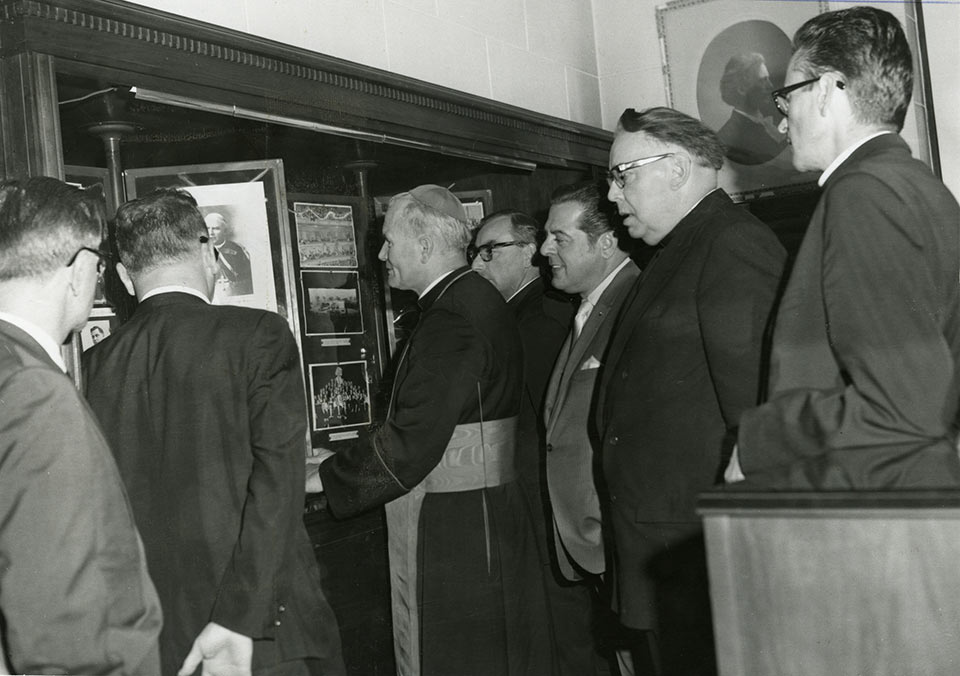 October 16 marks the 42 anniversary of the election of Karol Cardinal Wojtyla, the Archbishop of Krakow to the Papal Throne.

Elected by the College of Cardinals on Oct. 16, 1978 his pontificate lasted 26.5 years until his death April 2, 2005. His early childhood was marked by the loss of his mother Emilia. During his teens, Karol's beloved only sibling, his older brother, Edmund, a doctor, died of scarlet fever, a victim of his profession. As Nazi Germany invaded Poland, on the brink of his adulthood, Karol loses his father who had seen him through these turbulent years. The future Pope dreamed of acting, his great love for Poland and Polish classic literature reflected in his affiliation with the Rhapsodic Theater in Krakow. As Karol's vocation to the priesthood matured, Prince Adam Cardinal Sapieha of Krakow invited him to join the clandestine Seminary novitiate which met in the Palace of the Krakow Archbishops. He was ordained a priest Nov. 1, 1946 and sent to study in Rome. After returning home and some years at parish assignments, Father Wojtyla taught Ethics at the Jagiellonian Univ. of Krakow and Catholic University of Lublin. He also led mountain and kayak recreation excursions for his students which were actually autonomous pastoral seminars despite Marxist/Socialist imposed censorship on human rights in post-war Poland. Wojtyla poured his experiences of life under communism, repercussions of war, love, family, vocation into his writings and plays under the pseudonym Andrzej Jawien. He was named Auxilliary Bishop of Krakow in 1958, and Cardinal in 1967. Cardinal Wojtyla and the now Blessed Cardinal Stefan Wyszynski, Primate of Poland shared a special bond which was seasoned by their mutual position on safeguarding Polish society from the evil of atheistic totalitarianism. After his election to the See of Peter, Pope JPII completed 120 visits worldwide (incl. 7 to America). Historians agree that his 1st Pontifical trip to Poland in June of 1979 ( he would return there 8 times) transcended politics. Instead of confrontation, Pope JPII used his natural gifts of communication, mutual identification and persuasion. He focused on leading his countrymen to abandon their fear by sticking together in solidarity. He is credited with inspiring the rise of Eastern Europe's first independent trade/social movement Solidarity (1980). Pope John Paul survived an assassination attempt on his life on May 13, 1981. It was this youth-friendly Pope who initiated World Youth Day and partook in 9 of them. Pope John Paul is the author of 14 encyclicals. He prepared the world's more than billion Catholics for the great Jubilee of 2000 years since the birth of Christ. Before this Pilgrim Pope paid a visit to Chicago in 1979, it was a privilege to welcome His Eminence twice in the confines of the PRCUA/PMA during his first visit in September 29, 1969 and then on Aug. 21, 1976. In both cases, the future Pope and Saint took his time touring the Museum, stopping to bless the staff and our institution, examining the special old prints and royal letters collection, visiting the Paderewski Room where his attention was very much focused on artifacts connected to the Polish virtuoso and Statesman. Cardinal Wojtyla spoke from the podium in the Sabina Logisz Great Hall and signed the guest book. One of his messages for us was as he said "a nation which has a past, has also a future". In fact, this message of Christian hope permeated his entire Papacy. Pope Francis canonized him on St. Peters' square in 2014 with record-breaking masses of the faithful in attendance. We invite you to tour our Museum in the Papal footsteps and discover what Papal souvenirs, some of which he actually wore, make up our beautiful permanent display dedicated to this modern-day Saint from Poland!
B. Czerkawski

Your ticket for: Election of Pope JPII