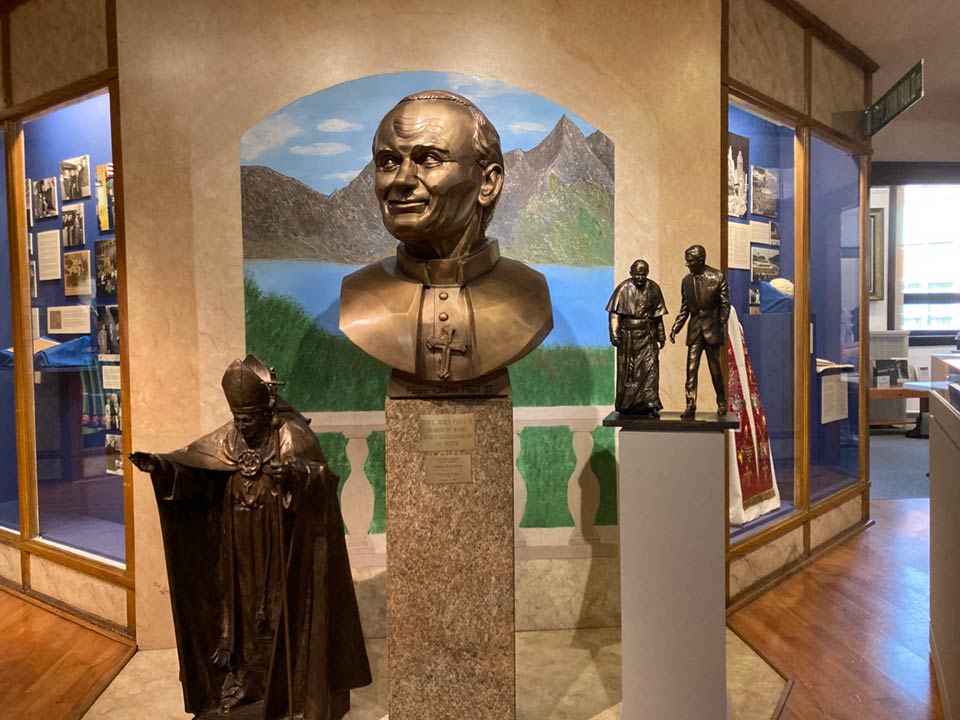 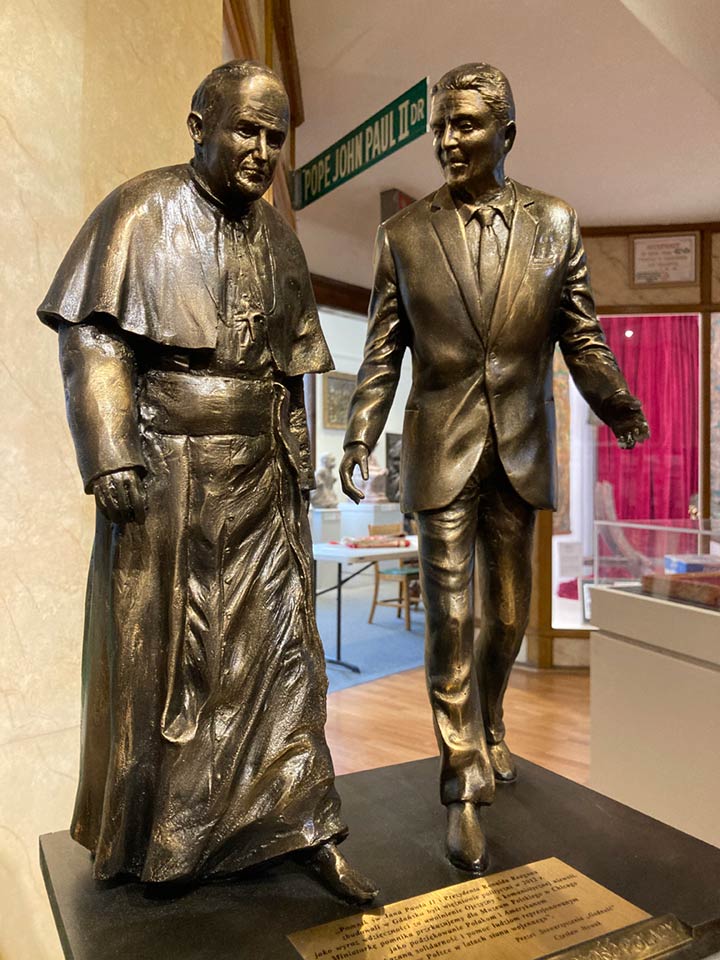 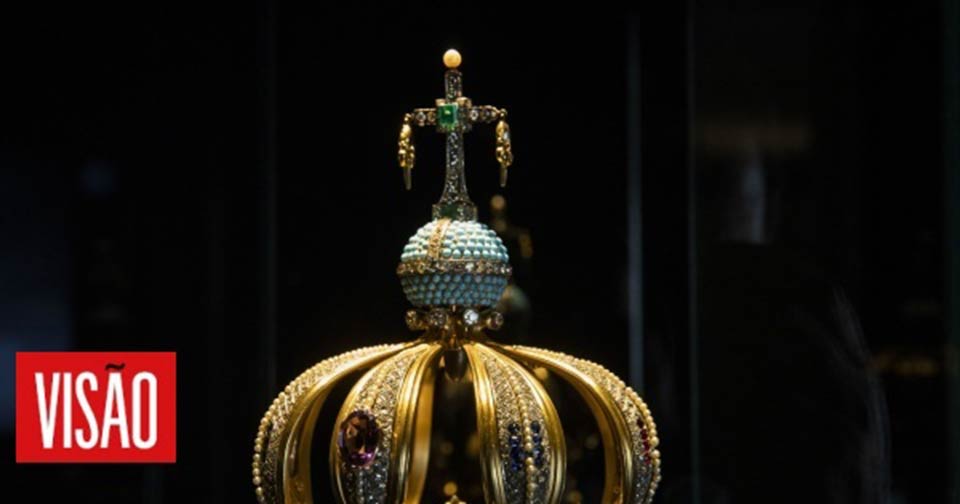 May marks a number of momentous events for Pope John Paul II, a remarkable man of courage who bore witness before the church and the world to God's Goodness and Mercy.

As priest, bishop, and pope, he lived through the tragic events of the 20th century but never surrendered to them, because for him God was more powerful.

Born Karol Wojtyła on May 16th, 1920, in Wadowice, Poland, he was the youngest of three children. Beginning his papacy in October 1978, his life almost came to an end in St. Peter's Square on May 13th, 1981, when he was shot and seriously wounded. Four days later, he offered forgiveness to his would-be assassin from his hospital bed.

One of the deadly bullets that ripped through John Paul II was found in the Papal Jeep. The Pope requested it be placed under the turquoise globe that surmounts the crown worn by the statue of Our Lady of Fatima in her Portugal shrine. Never mind the sapphires, diamonds, and pearls which stud Mary's Fatima crown- it's the bullet that attracts the attention of the millions of pilgrims and tourists who converge on this world-famous site which marks the 1917 Marian apparitions and the Miracle of the sun confirmed by the Catholic church. After John Paul II's death in April 2005, Benedict XVI began the beatification process on May 9, 2005, waiving the usual five-year waiting period. The formal beatification ceremony took place on May 1, 2011, when one million Catholics gathered for the mass at St. Peter's Square. Pope Francis canonized John Paul April 27, 2014.

Chicago Polonia fondly remembers John Paul II's visit to Chicago in 1979 with a caravan down Milwaukee Avenue from his arrival at O'Hare Airport and masses celebrated at Five Holy Martyrs and in Grant Park" When visiting the PMA, be sure to see our John Paull II exhibit.

From the collections of the PMA: