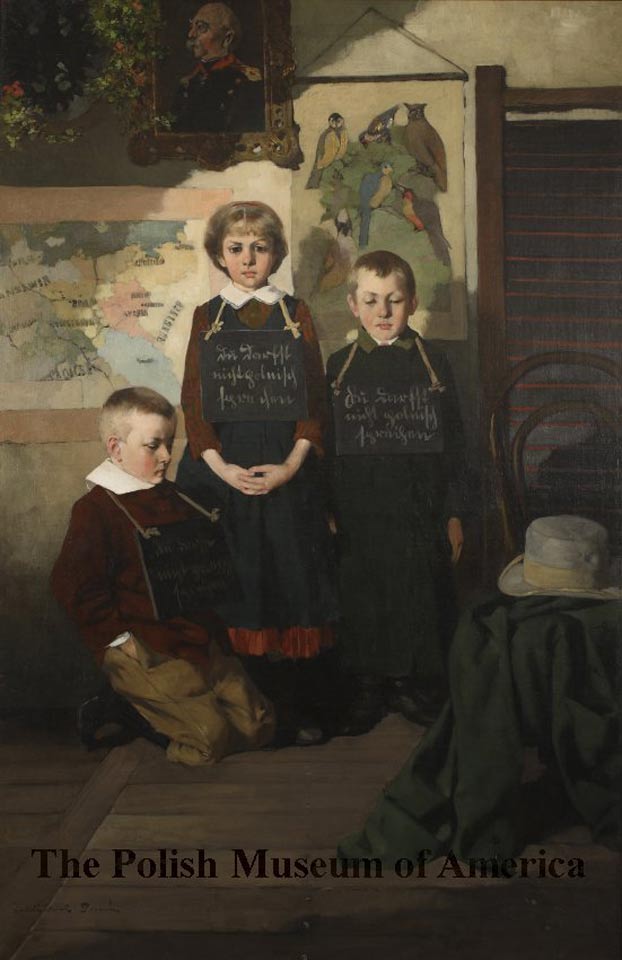 May 20 we commemorate the 120 anniversary of the strikes held in 1901 by schoolchildren in Wrzesnia, Greater Poland.

During the Prussian illegal 19 c. annexation and occupation of Western Poland (Austrians invaded Southern Poland, Russians took Eastern Poland)-the forced official language imposed on teachers and pupils was German. When Prussian officials enforced German on music/religion classes, kids and their parents refused to oblige. German teachers were obstinate in their ignorance. One of them, Scholzchen ordered corporal punishment on 14 children that refused to pray in German. Polish parents protested and were arrested. In reaction, the Polish community in Wrzesnia, near the Polish ancient city of Poznan, on their own Polish territory refused obedience to their oppressors and went on strike (1901-1902). Their leader was Fr. Jan Laskowski (1872-1939) - a Roman Catholic priest, undaunted defender of Polish territorial integrity, tradition, and language. Severe penalties followed. In Gniezno, the Prussian State subpoenaed the Wrzesnia children. Many parents were sentenced to incarceration. This scandal echoed worldwide. Maestro Ignacy Jan Paderewski in protest declined to appear in concert on German soil. Polish 1905 Nobel laureate writer Henryk Sienkiewicz appealed in an open letter to Prussian king Wilhelm II in defense of the mission of the school, education, and students. Maria Konopnicka published a poem "About Wrzesnia". And this anonymous prayer written by the kids themselves in Polish, broadly recited, said it best: "We want to talk with You God, but Vater Unser we do not understand. And no one will force us to call You so, because You are not Vater but Ojcze nasz (Our Father)". By 1906, some 75 thousand Polish children from 1100 schools (under Prussian occupation) continued to strike.

Your ticket for: The Wrzesnia Children’s strike anniversary