December 10, 2021
No comments yet
Anniversary 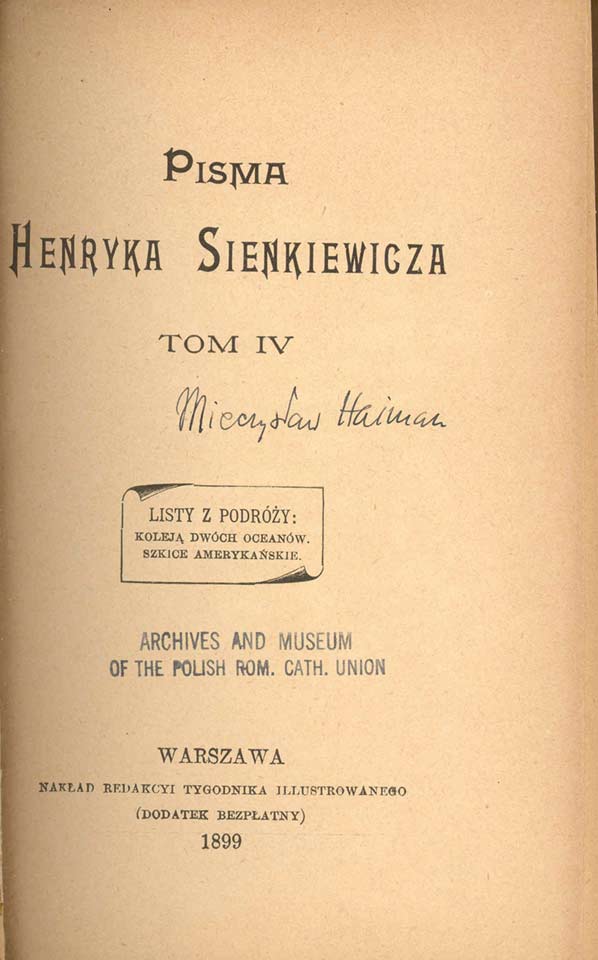 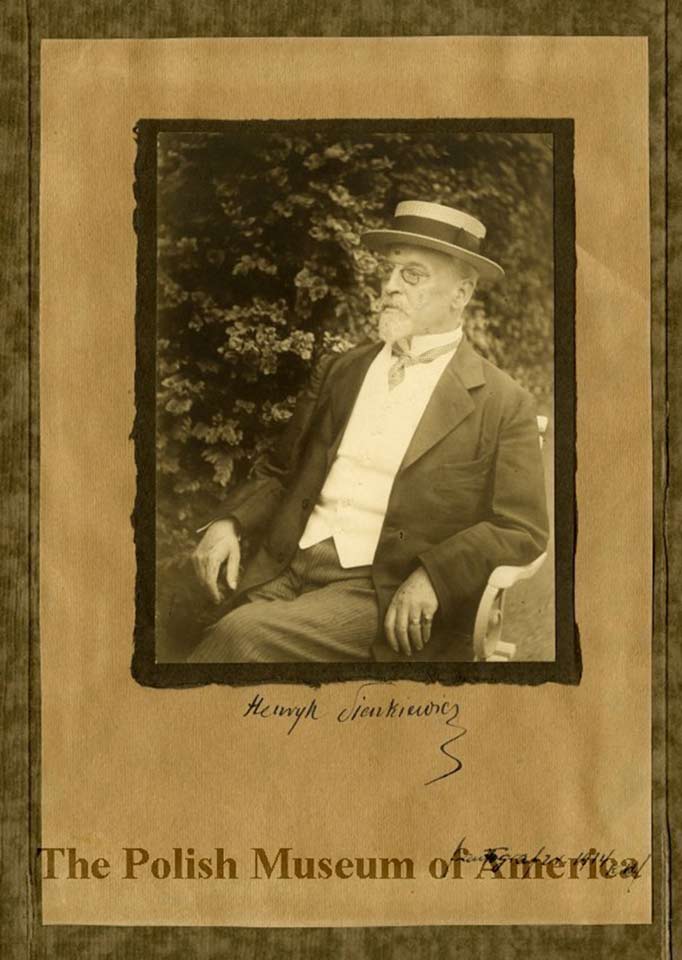 He was born into a modest noble family in Russian occupied Poland on May 5, 1846, in Wola Okrzejska, Poland. The road to his Nobel Prize and distinction for "outstanding merits as an epic writer" was a long and winding one. Educated at the University of Warsaw, young Henryk challenged an oppressive and dangerous reality. He began publishing articles, essays and reports in his native Poland under captivity and partitions by the Russians, Prussians and Austrians. Sienkiewicz was a world-wide traveler. His 1870s illustrative travel logs from his journey to America, where he was correspondent for Gazeta Polska won him additional celebrity in addition to his popularity as a novelist and translator. During his stay in Vevey, Switzerland-Henryk Sienkiewicz together with Ignacy Jan Paderewski set up the War Victims' Relief Committee for Poland. He died Nov. 15, 1916. Did You know that the ancestors of Henryk Sienkiewicz derived their heritage from Tartars who at one time attacked Poland, many of them finding safe-haven and a home in this land that welcomed the stranger, the wanderer? Ever since King Casimir Magnus (ruling monarch from 1333 to 1370) of Poland's Piast Dynasty invited the Jewish community to come and settle in his Kingdom, Poland began to flourish as a multicultural Kingdom where many religions, cultures and languages mixed and co-existed. The familial heritage of Henryk Sienkiewicz influenced his work. His father was deeply involved with Polish efforts to cast away their oppressor's yoke through armed insurrections. Henryk Sienkiewicz is best known for his works like Trilogy (Of Fire and Sword, Deluge and Sir Wolodyjowski)published between 1884-1888 and Quo Vadis (1896). These literary masterpieces that edified Polish national identity for generations to come-explored the conflict between the pagan world and Christianity. Trilogy was compared to the Greek Illiad(this ancient literary epic depicted Greek hero Achilles' wrath during the Trojan War). Trilogy (pol. Trylogia) tells the dramatic survival of 17th century Poland in the face of Turkish and Swedish invasions and domestic troubles with the Cossack Minority. The authors set values such as honor, faithfulness and bold bravery into motion to speak for themselves through his magnificent characters and decades past and future full of Polish strides towards freedom and democracy. Sienkiewicz has been called an apologist for Polish nobility, Witold Gombrowicz described him as a powerful master of words, a genius. His panoramic works have been filmed. Please visit our Museum and PMA Library where one can meet this Hercules of Polish Literature "in person" through his books, books about him. And the real treat is PMA's Archives collection featuring personal papers containing private/political correspondence of Henryk Sienkiewicz and many others, among them Polish Kings and American Founding Fathers!
Beatrix Czerkawski

Your ticket for: The 116th anniversary of 1905 Nobel Literature Award