The 40th Anniversary of Martial Law in Poland 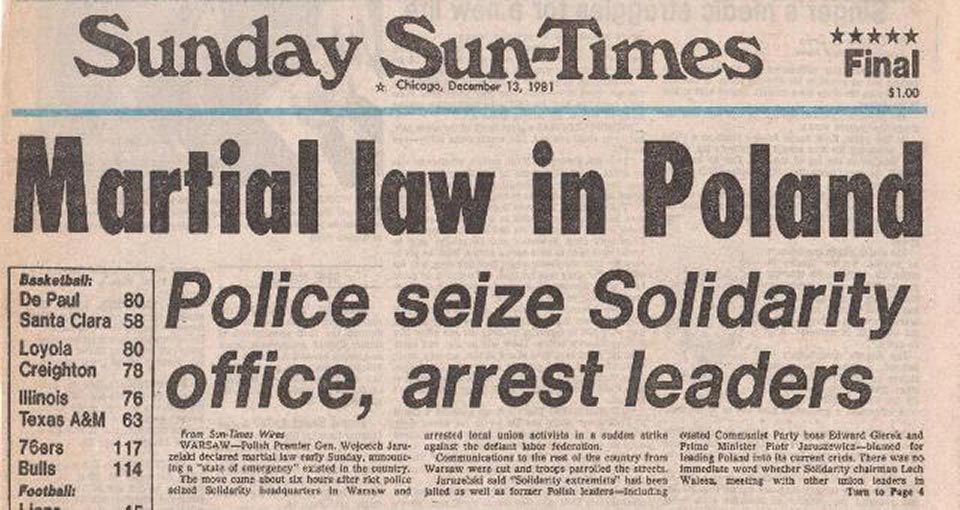 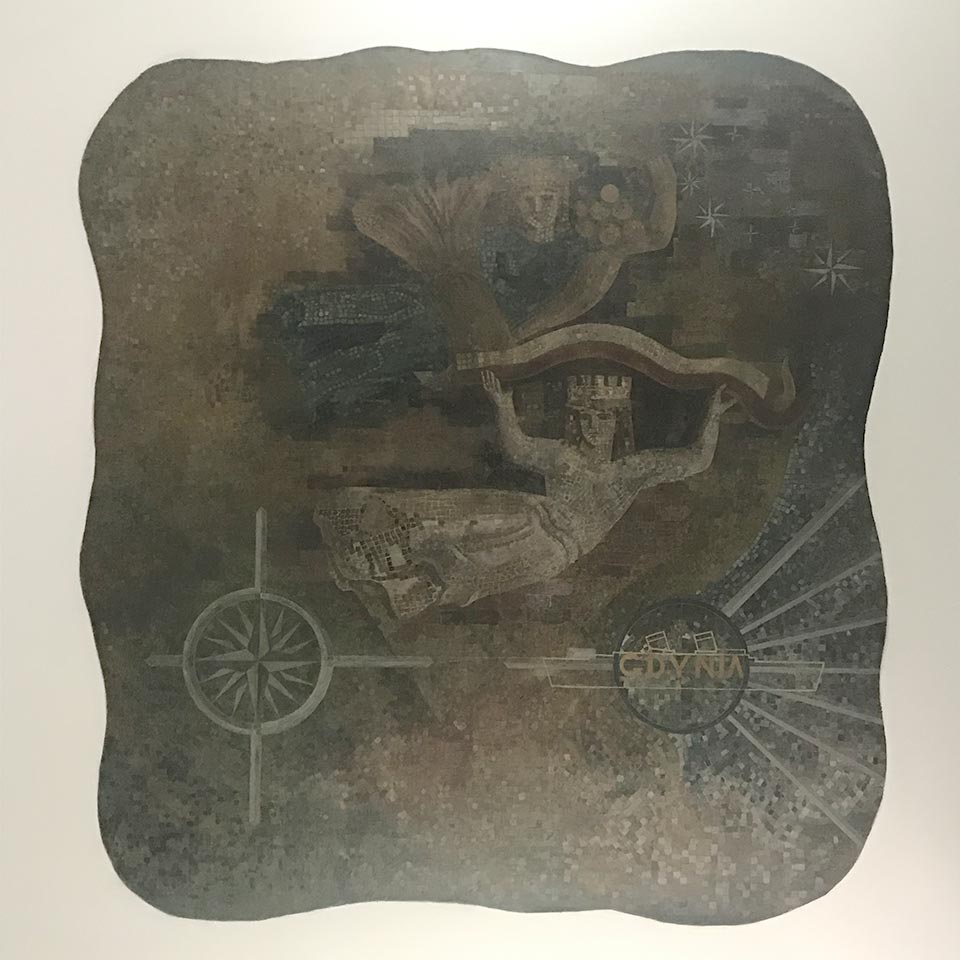 On this day 40 years ago, exactly at midnight, Dec. 13, 1981-the Wojciech Jaruzelski (chief political officer of the Polish Peoples' army, ex-Minister of Defense) junta imposed martial law on Poland and her citizens.

The wonder-filled months of 1981 in Poland when Polish factories, industrial sites, ports and airports, schools and universities experienced the courage and enthusiasm of living out and expressing freedom came to a brutal halt. Civil liberties which the Polish independent trade union Solidarity (born in Gdansk and Gdynia shipyards) achieved through a grueling process of civil and labor disobedience, strikes and negotiations with Poland's Socialist government during Eastern Europe's first, since 1945, peaceful summer of freedom in July and August of 1980-were crushed and cast out. In came communist secret militia, official police forces, commando type ZOMO riot police, ORMO (police-in-reserve), Polish and Russian armed forces, tank companies and infantry combat vehicles rolling down streets and plazas of major Polish cities. That tragic night of Dec. 13, and many nights to follow, innocent people were attacked in their homes, beaten, pulled out often in their pajamas, thrown into unmarked vehicles and hurled off to undisclosed detention centers. Historians have counted 67 such incarceration sites located throughout Poland. There, held without access to any legal aid or their families, without any due process, Solidarity members, or those even slightly associated with the Solidarity movement demonstrated moral bravery. A popular but painful form of protest against the government's impunity were hunger strikes. This cost many Poles their health and led to reoccurring disabilities later in life. For the rest of Polish society lucky enough not to be arrested, life was grim. All communication devices incl. radios, telephones and television broadcasting were suspended. Many seniors who suffered from ongoing illnesses or suffered shock caused by martial law did not survive that winter. First responders never came. There was no phone service to call them. Thousands of Solidarity workers on duty that day, and in the weeks to come, did not return home but remained on their jobs, in their plants, like Gdynia/Gdansk ports and Silesia coal mines, universities, such as Jagiellonian Univ. in Krakow, or hospitals. They went into hiding, or organized strike protests in their places of employment. During the hard course of martial law, several large-scale clashes between Solidarity members-workers and armed military units took place which ended in tragic loss of life like on Dec. 16, 1981, at Wujek coal mine in Katowice. There 9 miners were shot to death by army machine fire directed at them by ZOMO-commando type riot police. Women who belonged to the Solidarity trade union, as members or as co-founders of Solidarity like Anna Walentynowicz were interned and put through brutal questioning in special "women only" incarceration camps located in secluded areas like Goldap(northeastern Poland). Meanwhile NATO waited and watched in case Soviet troops went into Poland. Today, historians put the casualty count at close to a hundred dead, over ten thousand detained and arrested (both in 1981 and 1982), twelve thousand guilty verdicts decided by military courts and an additional two hundred thousand Poles were penalized with outrageous fines. The perpetrators, behind a one hundred-thousand-armed militia/army did not achieve their goal which was to extinguish the freedom march of ten million Solidarity members and most of the Polish Nation behind them! Tonight, we are all asked to light a candle (a tradition since 1981 initiated by President Ronald Reagan and Pope John Paul II) as a symbol of eternal memory and salute to those who laid their life down for Poland's freedom-for our Freedom!
Beatrix Czerkawski

Your ticket for: The 40th Anniversary of Martial Law in Poland

The 40th Anniversary of Martial Law in Poland