September 28, 2018, Warsaw, Poland – The Polish Museum of America (PMA) was recognized today at the Belweder Palace in Warsaw, during this anniversary year marking 100 years of Poland’s regained independence. Selected documents from the Polish National Department (PND) collection held in the PMA Archives were entered into the United Nations Educational, Scientific and Cultural Organization (UNESCO) Memory of the World Register for 2018.

Present during the ceremony: Minister Wojciech Kolarski, Undersecretary of State in the Cabinet of the President, who read a letter from Andrzej Duda, President of the Republic of Poland; Prof. Piotr Gliński, Deputy Prime Minister and Minister of Culture and National Heritage; Prof. Magdalena Gawin, Undersecretary of State; Prof. Sławomir Ratajski, Polish National Commission for UNESCO Secretary-General; and Dr. Wojciech Woźniak, State Archives of Poland Director and Chairman of the UNESCO Memory of the World Program Polish Committee.

PMA President Richard Owsiany accepted the official certificate of recognition on behalf of the PMA. Owsiany stated: “I am very pleased that the Polish National Department documents held at the PMA Archives were formally entered into the UNESCO Memory of the World Register, because it also recognizes Polonia’s contributions towards Poland regaining its independence. It is an honor to participate in this grand ceremony.”

Longtime friend and colleague of the PMA, Edyta Targonska, Archivist and Head of the Department of Acquisitions and Processing at the State Archive in Lublin, Poland, will be present to explain the significance of the files during the exhibition of the newly registered items. The exhibit lasts from September 28 to 30.

Thanks goes to the State Archives of Poland and its selection committee, for inviting the PMA to participate with the UNESCO program.

The Polish National Department – the central organization of Polish emigrants in America, active in 1916-1925, is the first and once of the most complete collections at the PMA Archives, consisting of 34.5 liner meters. The PND Collection includes evidence of the tireless and daily efforts by Poles in America, who on the advice and urging of IJ Paderewski, many American Polonia leaders, and representatives of the Polish clergy, including the first Polish bishop in America, Bishop Paul Peter Rhode - went to war in order in order to regain their homeland. Individuals, who for various reasons remained, including women, organized committees, worked towards raising funds and material needs for the Polish Army in France, supported the Polish National Committee in Paris, and sent aid to those in the homeland.

The documents exhibited at the Belweder Palace give evidence of the unknown and underestimated contributions of American Polonia towards Poland’s regained independence. 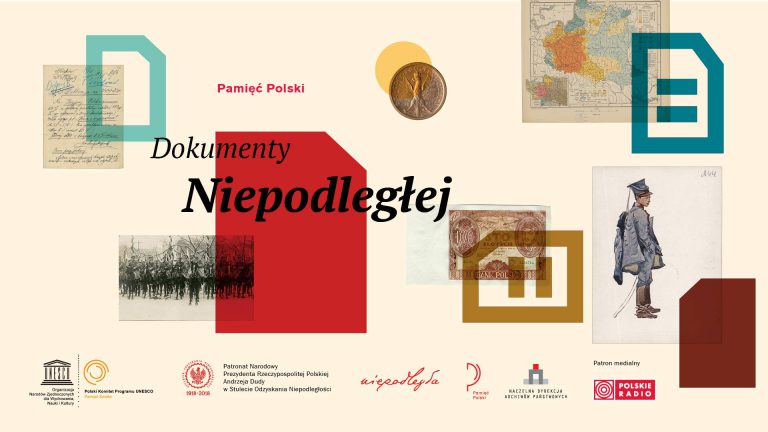 All are invited to the PMA’s upcoming exhibit, “Polonia Goes to War,” which examines this history in detail. The opening reception will be held on October 12, 2018, and the exhibit runs through March 10, 2019.

Your ticket for: Polish National Department Documents from the Polish Museum of America Added to the UNESCO Memory of the World Register