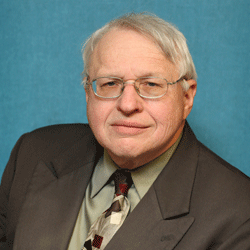 Jan M. Lorys, MA
Historian – Jan M. Lorys graduated from the University of Illinois at Chicago in 1971 with a BA in Political Science and MA in History, also from UIC in 1996. From 1992 till 1996, he was a bilingual teacher with CPS. He is the co-producer and writer of a film on Casimir Pulaski. Mr. Lorys served as the Director of the PMA since June 1996 through February 2014. He played an important role as a Steering Committee member in the creation of the Chicago Cultural Alliance, a partnership of 20 ethnic museums and cultural institutions. He has also initiated beneficial exchanges and collaborations with cultural and government institutions in Poland. As the PMA Historian since March 2014, Mr. Lorys focuses on scholarly research and conference presentations, as well as updating and developing museum exhibits.

Your ticket for: Jan M. Lorys