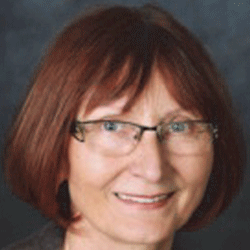 Krystyna Grell, MLS
Librarian – Krystyna Grell earned a Master’s Degree from the Department of Philology, with a major in Library Science and Scientific Information, at Wroclaw University, Poland. She has experience working in Polish libraries and at the Department of Culture and Art of the Governor’s State Office in Legnica, Poland. Ms. Grell received the award for Meritorious Service to Polish Culture from the Minister of Culture and Arts of the Republic of Poland. After her arrival in the United States, Ms. Grell initially volunteered at the Museum and several Chicago Public libraries. As of 2004, she is a staff Librarian at The Polish Museum of America Library.

Your ticket for: Krystyna Grell