It is with deep sadness that we inform you 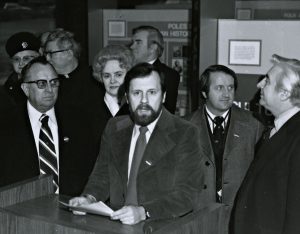 T. Swigon, President of the PMA at the opening of the Polish Museum Traveling Exhibit at the Chicago Civic Center. February 11, 1977. 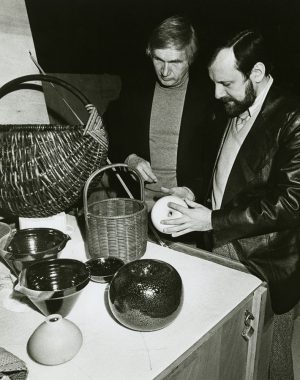 Olaf Harringer (left), exhibits manager at the Museum of Science and Industry in Chicago, and Theodor J. Swigon, assistant exhibits manager, inspect pottery, glassware, textiles, and other pieces from the “Artist-Craftsmen of the Federal Republic of Germany” exhibit.

Your ticket for: With deep sadness…