Logan Square Preservation President Andrew Schneider   donated materials relating to Polish National Alliance activist and Chicago architect Edward Rupinski to the Polish Museum of America. Mr. Schneider also brought a replica of the Illinois Centennial Monument in Logan Square which the museum was able to acquire through the generosity of our volunteer, Daniel Pogorzelski. The Logan Square neighborhood has been home to many Poles over the years, including a sizable number of Displaced Persons who came to the United States as refugees after the outbreak of World War II. Because of the Polish presence in Logan Square during the middle of the 20th Century, the monument was colloquially nicknamed by locals as “The Polish Falcon.” This moniker is all the more appropriate given that it was erected in 1918, the year in which Poland regained its independence. 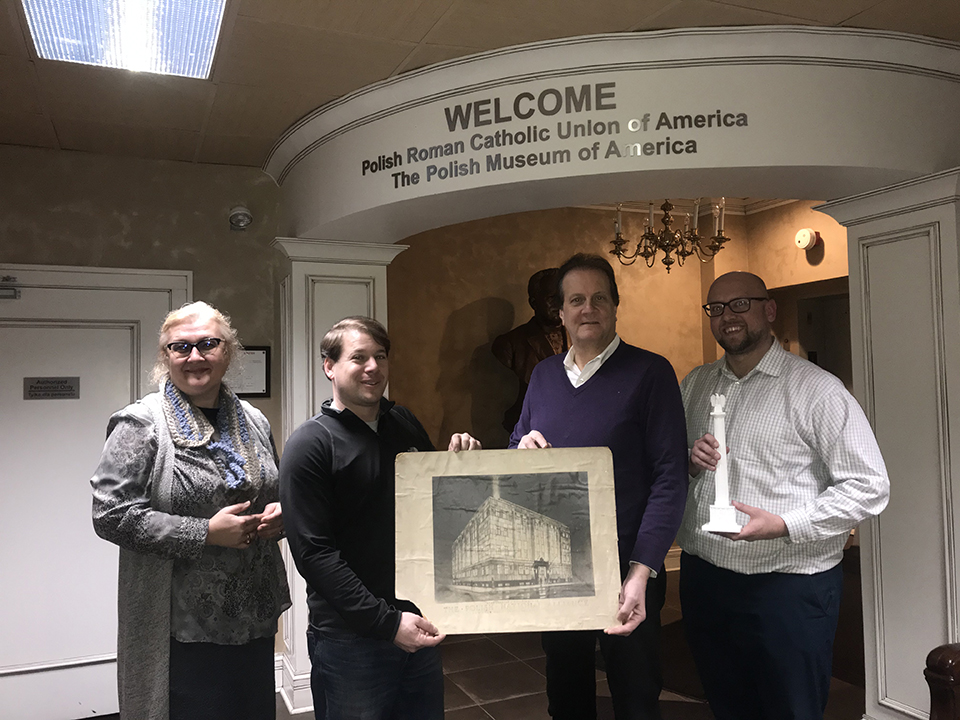 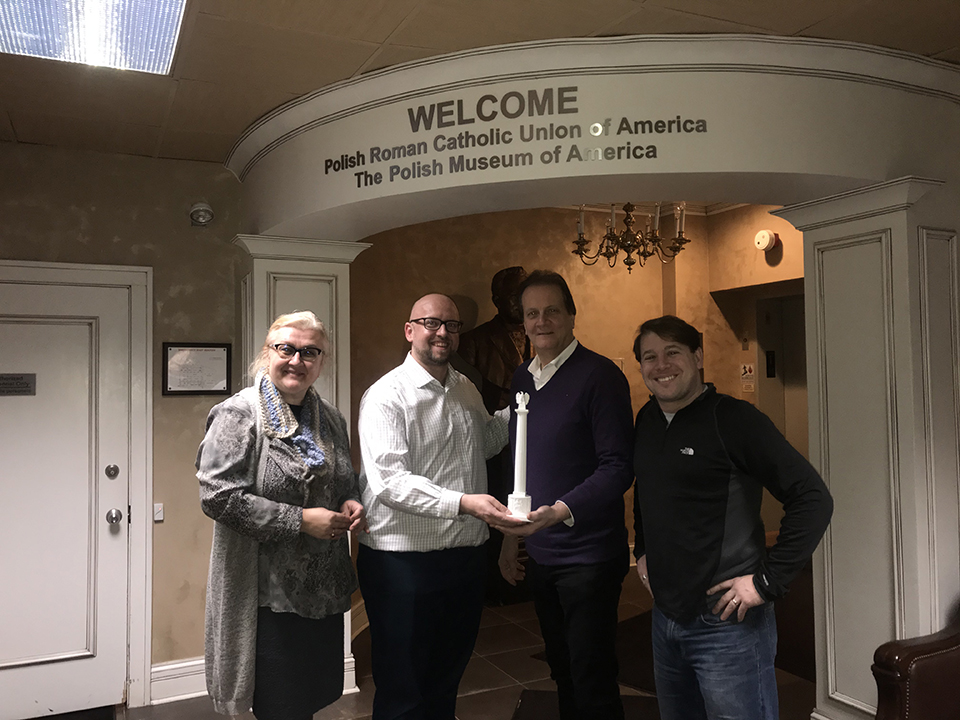