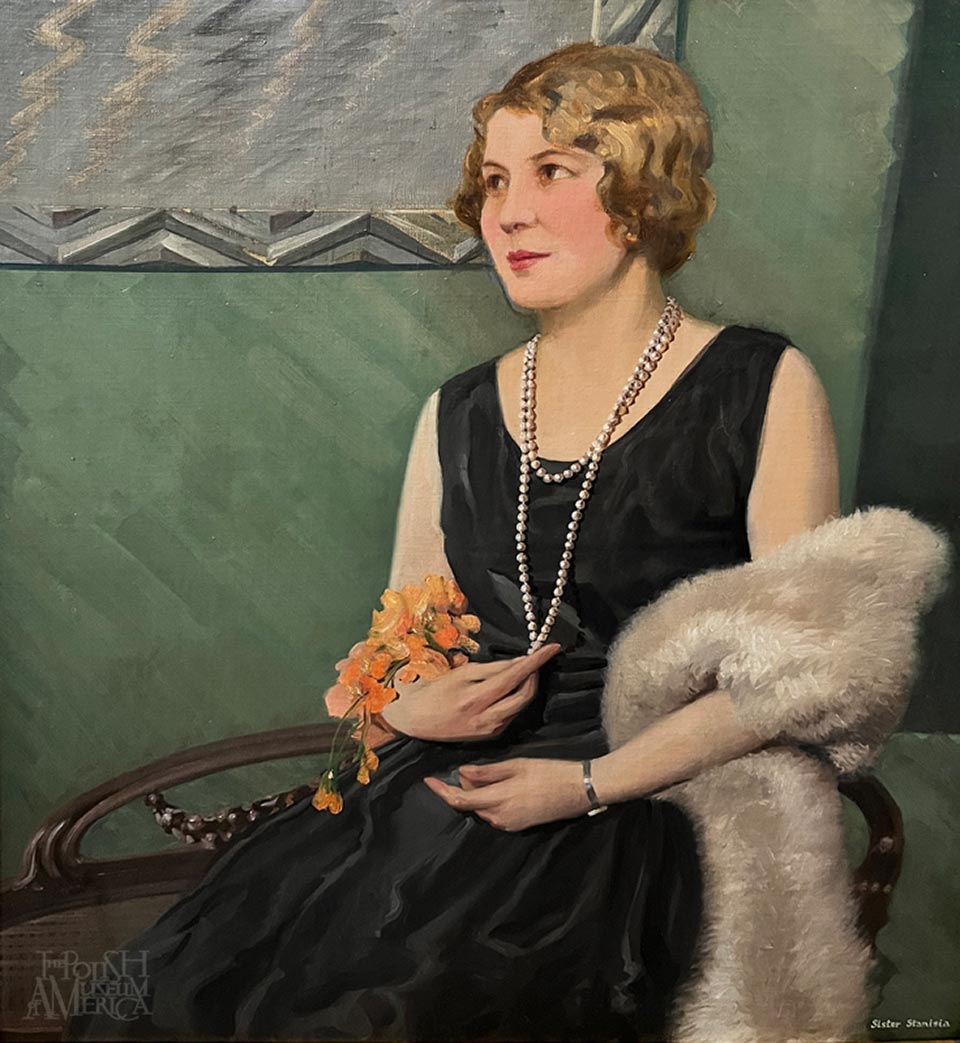 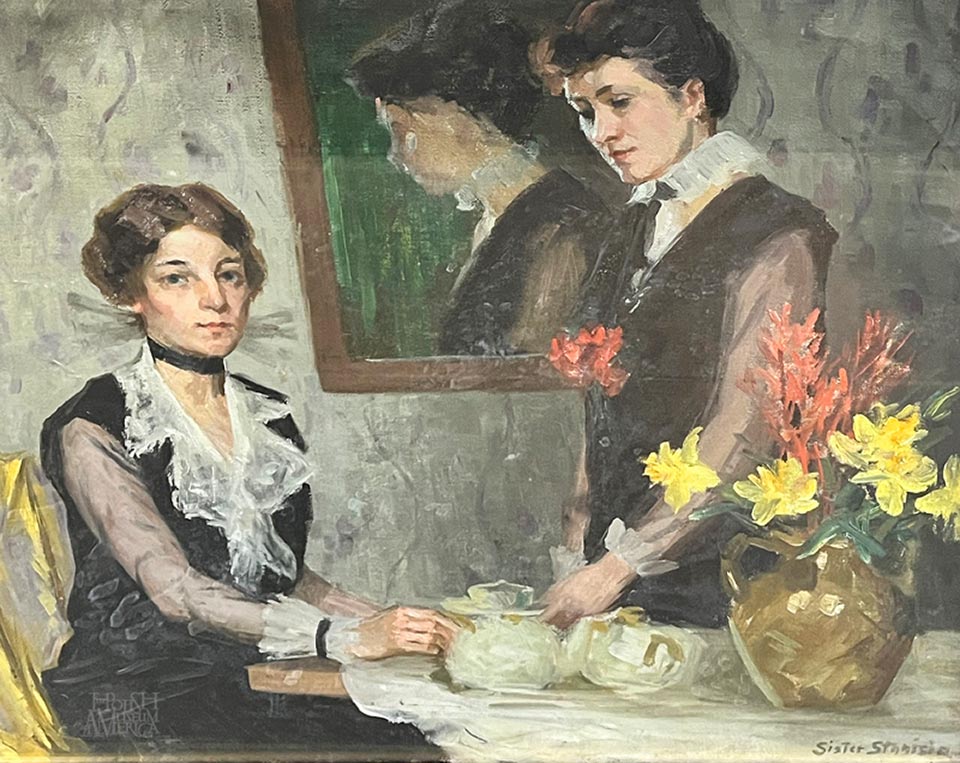 Born Monika Kurkowska, May 4, 1878 in Poland, she came to America with her family at a young age. She studied religious painting and murals in Munich, Germany with Count Tadeusz Zukotynski. Master Zukotynski, a student of Jan Matejko, graduated from the Academy of Fine Arts in Krakow and strongly influenced young Monika Kurkowska in landscape painting and sculpture. Not long after returning to the United States in 1893, Monika felt a calling to religious life and entered the School Sisters of Notre Dame in Wisconsin. Her art studies took her to School of the Art Institute of Chicago and an elite of instructors-Professors such as post-impressionist Frank Charles Payraud and mural pioneer John W. Norton. Sr. Monika studied one summer with Charles Hawthorne, founder of the Cape Cod School of art in 1899. She is the famed author of altarpieces at Holy Trinity Basilica in Chicago as well as St. Stanislaus Kostka and Holy Cross Church built in the Polish Cathedral style. This magnificent artist exhibited her paintings at the 1926 Eucharistic Congress in Chicago. In 1929 Sister Stanisia established the Art Dept. at her native Mount Mary College in Milwaukee. She was also awarded the Silver Medal at the Warsaw International Fair in 1932. Her style was an distinctive American Catholic art creation with original icons. Tadeusz Zukotynski (born in Poland April 3, 1855), in fact, settled in Chicago in 1888. He painted the altar pieces at St. John Cantius and St. Hyacinth Basilica, the lunettes at St. Hedwig Church, the Resurrection of Christ on the St. Stanislaus Kostka Church dome. His work can be found throughout the Midwest and as far away as Kansas. Tadeusz Zukotynski died in 1912. It was his former student and protege Monika Kurkowska-Sister Stanisia who was commissioned to restore some of the priceless Chicago frescoes by Zukotynski after his death. Please come to the PMA and meet our very own local Fine Arts giants whose masterpieces can be enjoyed right here in Chicago on the domes and in the altars of our Polonia churches!
Beatrix Czerkawski

Photos present PMA Painting collection Two Friends by Sister Stanisia, pre-1936 and Portrait of a Woman by Sister Stanisia, both oil on canvas, the former a gift to the PMA from the artist; PMA drawings collection(selected):Pictorial Guide to the Kings and Queens of Poland according to Jan Matejko-Poczet Krolow Polskich wg. Jana Matejki: kings Jan I Olbracht, Jan II Waza, Jan III Sobieski and Stefan Batory-framed drawings on paper by Tadeusz Zukotynski donated to our Museum by Dr. Charles H. Wachtl.

Your ticket for: 55 commemoration of Sister Stanisia’s death